A joint bid by Newcastle City Council and Gateshead Council, led by NewcastleGateshead Initiative, saw the destination fight off strong competition from over 30 bids submitted by cities and regions from across the UK to be shortlisted. 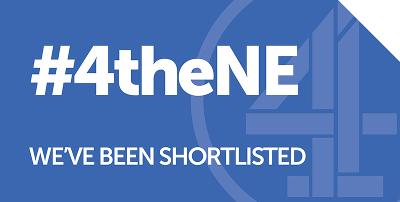 A joint bid by Newcastle City Council and Gateshead Council, led by NewcastleGateshead Initiative, saw the destination fight off strong competition from over 30 bids submitted by cities and regions from across the UK to be shortlisted.

Channel 4 plans to create a new National HQ and two creative hubs, the latter of which could see Channel 4 coming to the North East, helping to accelerate the TV and film industry not just as a filming location but as a place that creates, produces and distributes content across traditional and emerging platforms.

The bid team are now planning for stage two of the pitch process which will involve a visit from the Channel 4 team over the summer, a comprehensive proposal that will respond to Channel 4's criteria and a review of suitable sites that will add strategic value to how the broadcaster could operate in the future. Newcastle and Gateshead will also be considering the infrastructure needed to ensure Channel 4 acts as a catalyst for growth of the sector.

Councillor Ged Bell, Cabinet Member for Employment at Newcastle City Council, said: "We are delighted to have been shortlisted as a possible location for one of Channel 4's new creative hubs. We have an exciting and unique offering and importantly a representative population that will provide unique insights into the hearts and minds of the nation, combined with the expertise on offer at the National Innovation Centre for Data at Newcastle Helix. This is an opportunity to significantly grow the sector and create valuable jobs within one of the UK's fastest growing industries."

Councillor Catherine Donovan, Deputy Leader of Gateshead Council commented: "I am absolutely thrilled that Newcastle and Gateshead's bid was recognised as outstanding and has been shortlisted as a creative hub location. If we are successful, a creative hub would provide sustained investment in the sector and support further growth. The talent emerging from our colleges and universities and the experienced professionals already living in the region are a highly valuable pool to support Channel 4."

The bid has received ongoing support from partners throughout NewcastleGateshead, including Northern Film and Media, Creative Fuse, Newcastle University's National Innovation Centre for Data (NICD), BALTIC Centre for Contemporary Art, both Newcastle and Northumbria universities and Newcastle and Gateshead colleges.

Catherine Walker, Inward Investment Director at NewcastleGateshead Initiative added: "To have Channel 4 locate here would be a springboard for ongoing development of the TV and film sector in the region. The creative hubs have the potential to bring as much, if not more, investment as the HQ so it's great news that we have been shortlisted.

"We have received tremendous support from partners throughout the bid process and we look forward to continuing the campaign to bring Channel 4 to the region. I would urge businesses and residents to support us on social media using #4theNE. Now that we have been shortlisted, having Channel 4 in the region is within reach - so let's make this happen."

The Channel 4 pitch, 4AlltheUK, will conclude later this year following rigorous review, with locations expected to be announced in October.