Gateshead showcased to the world at leading property event 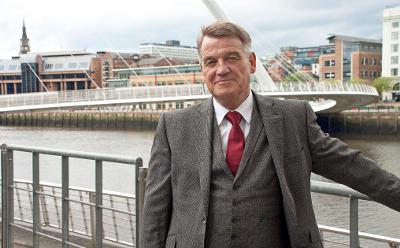 Cllr Martin Gannon, Leader of Gateshead Council and Sheena Ramsey, Chief Executive are taking Gateshead to MIPIM for a second year as part of a record North East delegation led by Invest Newcastle. At the event, Gateshead Council will officially bring 11 acres of land at Baltic Quarter to the market.

Baltic Quarter is part of the Council's aspirations to create a vibrant new destination on the River Tyne waterfront, which will in turn generate income for the council, create jobs for local people and boost the regional economy.

Speaking about the opportunity, Cllr Gannon said: "MIPIM is a must-attend event for any local authority with serious growth ambitions. Gateshead's economy is growing but we are competing with cities across the UK, Europe and beyond to attract investment. MIPIM is Gateshead's single best opportunity to showcase our development opportunities reaching the world's top 100 real estate investors and top 100 investment managers from 100+ countries who represent trillions of pounds of funding.

"We appreciate that we are spending public money on this trip but the potential return on investment means it's value for money. On the back of attending last year's event, our £250m Gateshead Quays scheme and Highgrove's Follingsby Max were named as two of only seven UK projects officially backed by the Department for International Trade. 40+ interested parties attended our 2018 showcase presentation prompting many enquiries from the Department for International Trade, KPMG, High Street Group amongst others.

"Showcasing Gateshead at MIPIM resulted in Brett Oils securing a developer and multi million-pound funding for residential development. High Street Group who have acquired the site will deliver over 200 residential units and further improve Gateshead quayside.

"The last few years have taught us all that there will be no new money from Westminster for local councils to spend. In an age of uncertainty over Brexit and its implications, it is more important than ever that councils master income generation. We have to work with investors and fight for a better future for Gateshead."